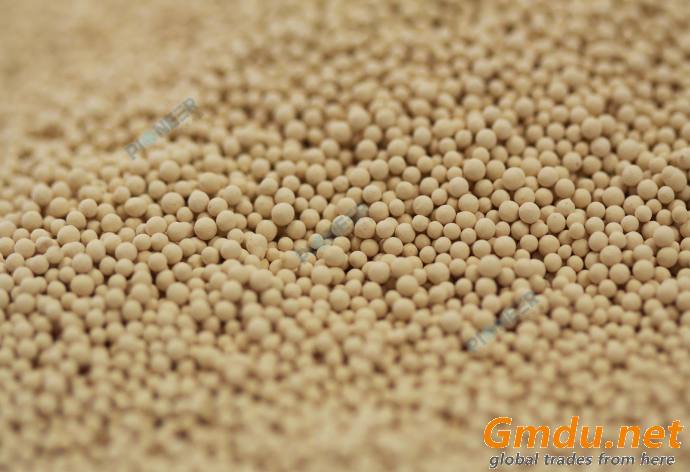 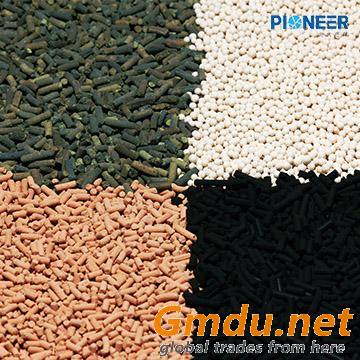 PU-1 is a highly selective CuCl/molecular sieve absorbent loaded with Cu developed by PIONEER that has a great absorption capacity of CO, as the core and basis of PSA CO technology.

In virtue of years of experience in the absorbent production, intensified product quality management as well as continuous improvement and upgrading of absorbent production technology, the performance indexes of CO absorbent PU-1 produced by PIONEER has reached a leading level in the world; Moreover the product quality is stable, which provides a reliable basis for meeting the design requirements of PSA CO device.

PU-8 is a lithium based oxygen making absorbent developed independently by PIONEER. In 1999, PU-8 absorbent was regarded as the "Key Project of China Torch Program" by the Ministry of Science and Technology of China, and received the certificate of 2001"National New Products Program".

At normal temperatures and pressure, PU-8 has a higher absorption capacity of nitrogen than common absorbents, with a high separation coefficient. When the PU-8 oxygen making absorbent is applied to VPSA oxygen producing device, the oxygen product yield coefficient will be high, and the feed air to be handled and the nitrogen to be absorbed will be substantially less than those to be handled and absorbed when a comon oxygen making absorbent is used. The loads on the air blower and the vacuum pump will be decreased, so will power consumption for the oxygen generation. The economic indicators of oxygen producing device are raised effectively.

To overcome the defects of binder application to the traditional molecular sieve, PIONEER adopts a brand-new preparation technology, i.e. forming first and transformation later, to composite a new breed of binderless molecular sieve. The inert binder is totally transformed to the molecular sieve components that have absorption capacity, thus clearing congestion in the pores of molecular sieve and substantially raising the amount and the rate of absorption. Compared with the traditional preparation technology, the absorption capacity of the binderless molecular sieve is raised by 15-20 percent, with an increase in the absorption rate by more than 30 percent. Meanwhile, with a greatly intensified strength, the molecular sieve will be absolutely able to resist the repeated washout by airflow in normal operation conditions, and is especially applicable to PSA-H2 process in the condition of high pressure air source.
Contact Information
Related ProductsBeijing Peking University Pioneer Technology Co., Ltd.
Related Trade LeadsEnvironment - Gas Disposal