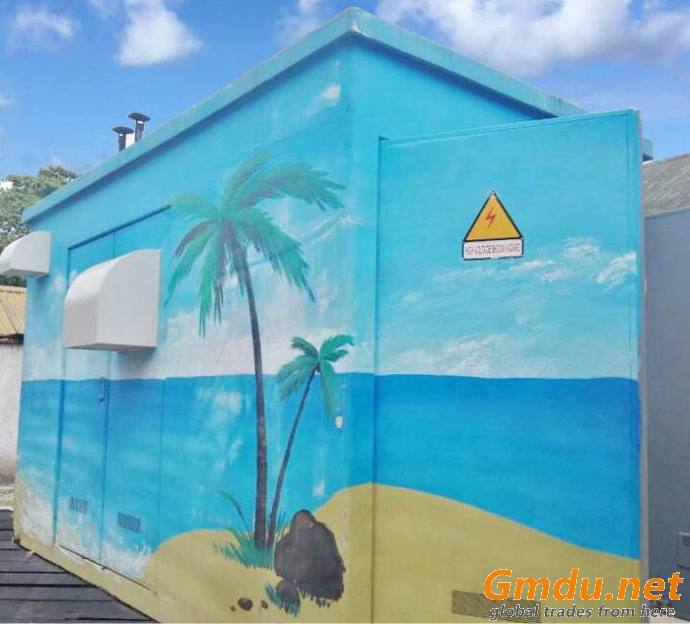 What Are the Advantages and Disadvantages of PV-Diesel Hybrid System?
The solar photovoltaic-diesel hybrid power system, combines photovoltaic power generation with a diesel generator or a diesel generator set. We all know that using only solar cell arrays, it hardly works when it comes to rainy weather. A hybrid power supply system using a diesel generator and a solar module combined with a single energy source independent system provides much less dependence on the weather. Let ’s take a look at the advantages of the power system combining photovoltaic and diesel.
The use of hybrid power systems can achieve better utilization of renewable energy. Because renewable energy is variable and unstable, the system must be designed for the period when energy production is minimal. Because the system is designed for the worst case, the capacity of the system is too large at other times. The excess energy generated during the peak period of solar radiation cannot be used and wasted. As a result, the performance of the entire independent system is reduced. If the situation of the worst month is very different from other months, it may cause wasted energy to equal or exceed the demand of the design load.
Has a higher system practicability. In the independent system, the change and instability of renewable energy will cause the system to supply power that cannot meet the load demand, that is, the load lacks power. Using a hybrid system will greatly reduce the load power failure rate.
Compared with a single diesel generator system, it has less maintenance and uses less fuel.
Higher fuel efficiency. Under low load conditions, the fuel efficiency of diesel engines is very low, which will cause fuel waste. Comprehensive control can be performed in the hybrid system to make the diesel engine work near the rated power, thereby improving fuel efficiency.
Better load matching. After using the hybrid system, because the diesel generator can provide larger power instantly, the hybrid system can be applied to a wider range of load systems, such as larger AC loads, shock loads, etc. It can also better match the load and the power generation of the system, as long as the backup energy is turned on during the peak period of the load, it can simply be done. Sometimes, the size of the load determines the need to use a hybrid system. Large loads require large currents and high voltages. The cost of using solar energy alone is high.
But hybrid systems also have their own disadvantages:
Control is more complicated. Because multiple energy sources are used, the system needs to monitor the working conditions of each energy source, handle the interaction between the various sub-energy systems, and coordinate the operation of the entire system. As a result, its control system is more complex than the independent system. Processing chip for system management.
The initial work was large. The design, installation, and construction of a hybrid system are larger than independent projects.
need Requires more maintenance than a standalone system. The use of the oil engine requires a lot of maintenance work, such as replacing the oil filter, fuel filter, spark plug, etc., and adding fuel to the fuel tank.
Pollution and noise. PV-Diesel Hybrid System is clean, noise-free and non-emission energy sources, but because diesel engines are used in hybrid systems, noise and pollution are unavoidable.
Contact Information
Related ProductsZenergy Tech Co., Ltd.
Related Trade LeadsEnergy - Solar Energy Products