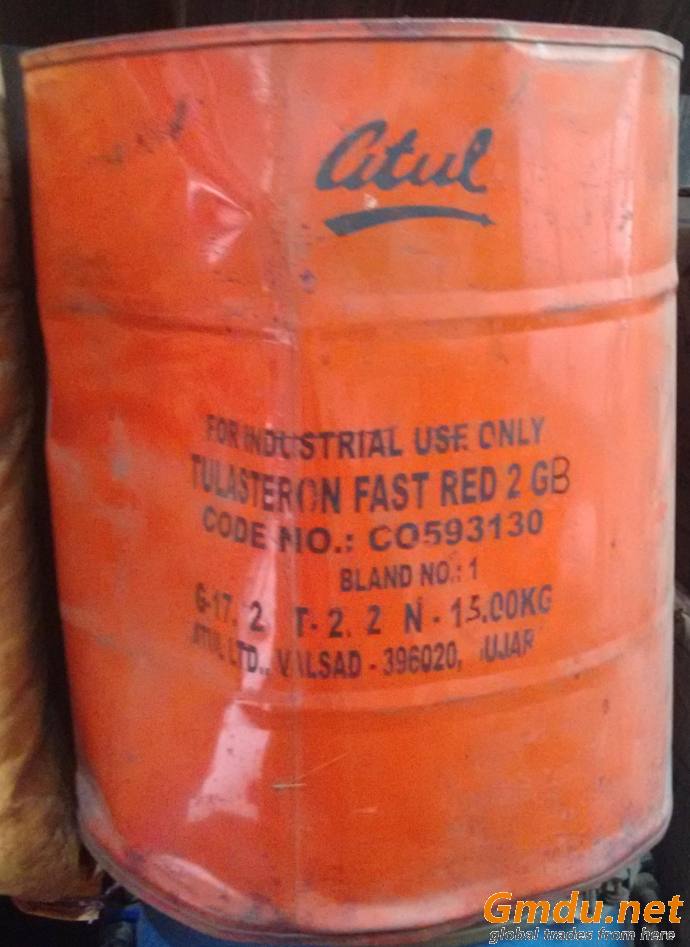 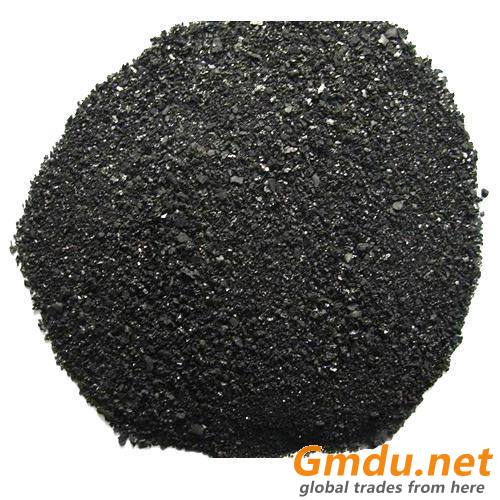 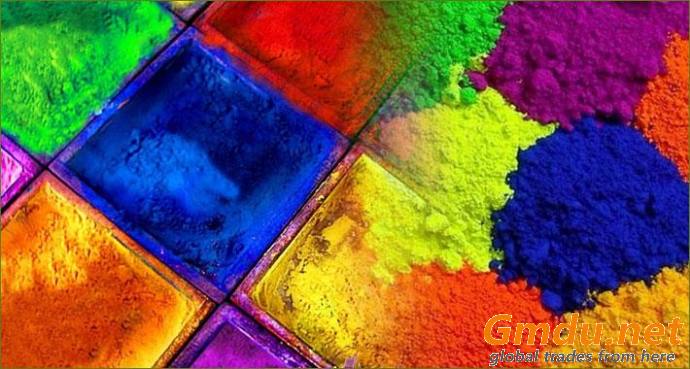 Sulphur dyes are non-ionic, possess sulphur linkage, are water insoluble and produce shades that are reasonably cheap and wash and light fast. Dyes are applied in reduced and solubilised anionic state possessing affinity for cellulosics. After dyeing, oxidation is carried out to restore parent non-ionic dye structure; sulphur dye-cellulose attachment is established through physical forces with dye aggregation occurring in situ. Stored dyed cellulose is liable to be tendered in humid atmosphere due to presence of loose sulphur. Sodium sulphide, the most effective reducing/solubilising agent pollutes waste water, requiring the adoption of alternative reducing systems such as glucose, hydroxyacetone and reducing sugar.

These are water insoluble dyes and have no affinity for the cellulosics as such, but solubilised when treated with a weak alkaline solution of sodium sulphide or any other reducing agent to form a leuco compound. These leuco compounds are water soluble and have affinity for the cellulosic materials such as cotton, viscose, jute and flex etc. These dyes are absorbed by the cellulosic material in the leuco form from aqueous solution and when oxidized by suitable oxidizing agents, got converted into insoluble parent dye, which is fast to normal color fastness parameters.

1.Economical dyeing with excellent tinctorial value and good build up properties.
2.Good overall colorfastness properties such as wash fastness, light fastness, perspiration fastness etc. Moderate fastness to crocking and poor fastness to chlorines bleaching agents such as bleaching powder and sodium hypochlorite.
3.Limited shade range to produce only dull shades and there is no true red dye in the range.
4.These dyes can be applied by exhaust, semi continuous or continuous dyeing methods on garment, yarn, knits, fabric as well as loose stock etc.
5.Available in powder, granules and liquid forms.
6.Sulphur black 1 is the major black dye used worldwide for dyeing of cellulosics.
7.The conventional dyeing process is not environment friendly due to pollution problems of sodium sulphide as well as sod/pot. Dichromates.
8.When dyed by using non polluting reducing and oxidizing agents the process is environment friendly.

APPLICATION:
Mechanism of the Sulphur Dyeing
The application of the sulfur dyes involves several steps, which are described as given below,

1. Dissolving the dyestuff:
The dye is taken in an SS vessel (size of the vessel should be selected as per the quantity and solubility of the dyes) and pasted well with a good alkali stable wetting agent and small quantity of soft water. A required quantity of soda ash may be added to neutralize any acid formed in the dyestuff during storage. (if the acid is not neutralized, it will react with the sodium sulphide, resulting into formation of H2S gas, which will result into incomplete and poor reduction of the dyes). It is very important that the dye dissolution must be complete otherwise particles of the undissolved dyes may deposit on the surface of the substrate resulting into patchy dyeing and poor rubbing / washing fastness.

2. Reducing the dyes to form a leuco compound:
Chiefly sodium sulphide is used as a reducing agent for the sulfur dyeing. The quantity of the reducing agent depends upon the shade depth and M:L of the bath. For complete reduction the required quantity of the sodium sulphide is dissolved in a separate container and solution is allowed to settle for 10-15 min. before decanting the clear solution into the dye dissolving vessel. Further boiling water is to be added to make up the required volume , then heated to boil for 10-15 minutes either by live steam or indirect heating , for complete reduction of the dyestuff.

3. Dyeing with the reduced dyes:
It is advantageous that the goods are scoured well before dyeing ,to have a satisfactory absorbency for better penetration. The dye bath is kept ready with small quantity of the alkali stable and compatible wetting agent , a dye bath stabilizer , sodium sulphide and caustic soda or soda ash to maintain the alkalinity of the dye bath. The dye solution is then added through a filter cloth slowly over 15-25 minutes and then run for another 15 minutes at 40-50 oC , then temperature is raised to 60 oC and electrolyte is added in at least 3 portions. The quantity of salt added is depends upon the type of shade , depth and dyestuffs , however a maximum quantity does not exceed more than 15 gpl .The temperature is then raised to above 80 oC or even boil depending upon the dyes and kept for sufficient time to get the desired shade.

After getting the correct shade the bath is either dropped by draining the contents or by collecting it in the storage tanks for reuse after replenishing with fresh dyestuffs.

4. Washing off the unexhausted dyestuff:
With an objective of achieving the highest possible color fastness results such as washing , rubbing , light and perspiration , the material is washed and rinsed several time with fresh water to remove maximum possible loose residual dye as well as sodium sulphide from the material. At the end of the washing process the water should be clear , with no further leaching out color . After washing the material is given a hot wash at 70 0C .

a. Oxidation by exposing the dyed material to atmospheric oxygen.
b. Oxidation by the dissolved oxygen in the fresh water.
c. Chemical oxidation , by employing different oxidizing chemicals, such as

6. After treatment:
After oxidation and hot wash , the material is neutralized with soda ash to adjust the pH and then soaping treatment is done with a neutral soap and soda ash at boil. Followed by a hot wash at 85 0C

7. Dye fixing treatment:
Optifix F(clariant) is a cationic dyefixing agent , which is applied in alkaline conditions ( at a pH of 10-11) , and is a suitable dyefixer for sulphur dyed material to improve the color fastness.

8. Softening:
A suitable (compatible) softener can be applied to the dyed material as per the intended end use and dyestuff applied.

9. Final treatment:
To avoid the tendering of the dyed material final wash is given to maintain a slight alkaline pH by a weak base or acid neutralizing agent at the end without further washing. Following treatments are recommended,

10. Use of Standing Bath:
Since a large quantity of the dye always present in the unexhausted form in the spent liquor , this remaining dye can be reused , after replenishing with fresh dye. This system is particularly suitable when producing repeated lots of the same shade with a single dye , such as black.

The dye liquor at the end of dyeing cycle is collected in the tanks, to replenish the bath a separately made dye solution is added and calculated quantities of sodium sulphide , soda ash as well as salt are added. The final volume is made up to the required level and reused. Usually a 50 –70% dye is replenished in case of blacks.

The spent bath use is not recommended in case of mixture shades , due to difference in the exhaustion and fixation of individual dyes.