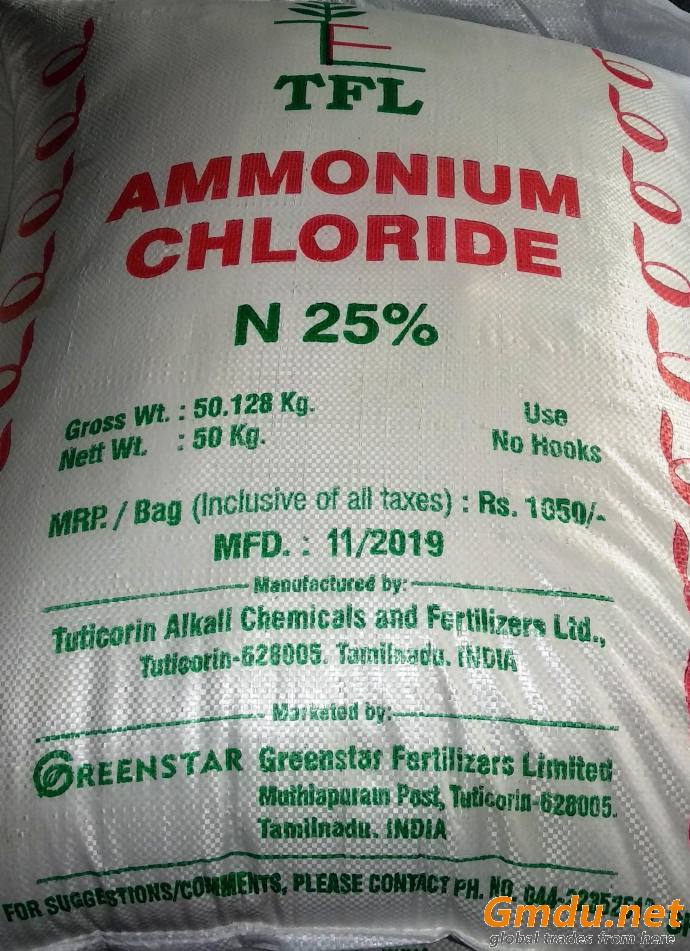 AMMONIUM CHLORIDE
Ammonium chloride (NH4Cl), also called sal ammoniac, the salt of ammonia and hydrogen chloride. Its principal uses are as a nitrogen supply in fertilizers and as an electrolyte in dry cells, and it is also extensively employed as a constituent of galvanizing, tinning, and soldering fluxes to remove oxide coatings from metals and thereby improve the adhesion of the solders. It is a component of many proprietary cold medicines and cough remedies because of its efficacy as an expectorant, and in veterinary medicine, it is used to prevent urinary stones in goats, cattle, and sheep. Ammonium chloride is a colourless crystalline substance. It is highly soluble in water, readily forming a slightly acidic solution. It vaporizes without melting at 340 °C (644 °F) to form equal volumes of ammonia and hydrogen chloride. Ammonium chloride is yielded as a by-product in the ammonia-soda process for making sodium carbonate. It also is produced by reaction of ammonium sulfate and sodium chloride solutions. When mixed with slaked lime (calcium carbonate), ammonia gas is the result.