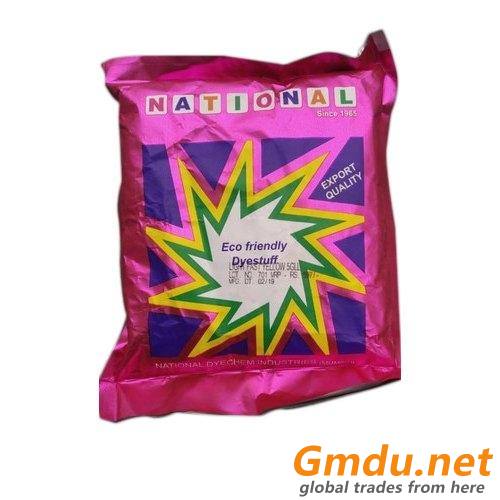 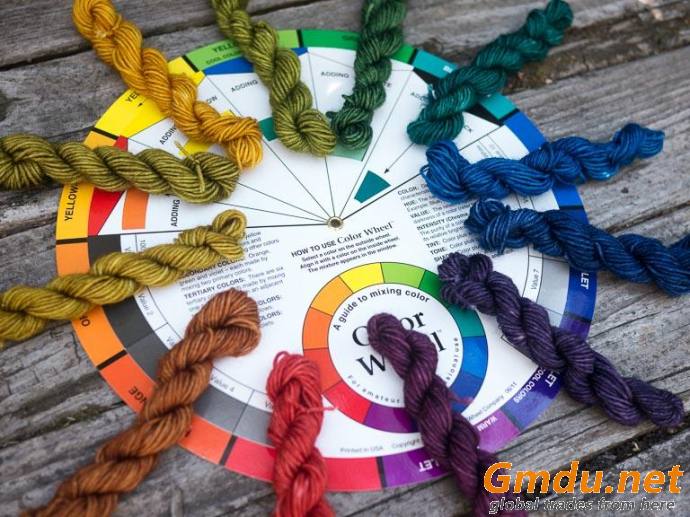 DIRECT DYES
Direct dyes are anionic dyes substantive to cellulosic fibers when applied from an aqueous bath containing electrolyte. Many of them also dye protein fibers.
Direct Dye is a class of dyestuffs that are applied directly to the substrate in a neutral or alkaline bath. They produce full shades on cotton and linen without mordanting and can also be applied to rayon, silk, and wool. Direct dyes give bright shades but exhibit poor wash fastness. Various after treatments are used to improve the wash fastness of direct dyes, and such dyes are referred to as “after treated direct colors.”Direct Dyes are molecules that adhere to the fabric molecules without help from other chemicals. Direct dyes are defined as anionic dyes with substantivity for cellulosic fibers, normally applied from an aqueous dyebath containing an electrolyte, either sodium chloride (NaCl) or sodium sulfate (Na2SO4).
The dyeing process with direct dyes is very simple, Direct dyeing is normally carried out in a neutral or slight alkaline dye bath, at or near boiling point , but a separate after treatment such as cationic dye fixing , to enhance wet fastness has been necessary for most direct dyeing .
Direct dyes are used on cotton, paper, leather, wool, silk and nylon. They are also used as pH indicators and as biological stains.

APPLICATION:
Direct dyes are usually applied with the addition of electrolyte at or near the boil in the machines capable of running at atmospheric pressure. But in HTHP dyeing machines it is carried out at temperatures above the boil in case of pure as well as blended yarns.
An addition of alkali, usually sodium carbonate, may be made with acid-sensitive direct dyes and with hard water as well as to enhance the dye solubilisation. When cellulose is immersed in a solution of a direct dye it absorbs dye from the solution until equilibrium is attained, and at this stage most of the dye is taken up by the fibre. The rates of absorption and equilibrium exhaustion vary from dye to dye. The substantivity of the dye for cellulose is the proportion of the dye absorbed by the fiber compared with that remaining in the dyebath.
*Please refer to our technical for further information.