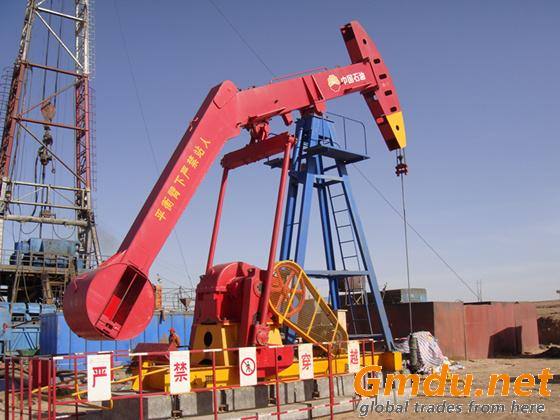 As the beam pumping system rocks back and forth, this operates the rod string, sucker rod and sucker rod pump, which works similarly to pistons inside a cylinder. The sucker rod pump lifts the oil from the reservoir through the well to the surface.

A beam pump is an artificial-lift pumping system which uses a type of reciprocating pump to extract oil from an inland well. Nodding donkeys or beam pumps are a common artificial lift system used in land-based operations.

A pumpjack is the overground drive for a reciprocating piston pump in an oil well. It is used to mechanically lift liquid out of the well if not enough bottom hole pressure exists for the liquid to flow all the way to the surface. The arrangement is commonly used for onshore wells producing little oil.