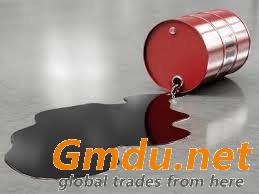 Aviation Fuel or Jet fuel is a mixture of a large number of different hydrocarbons. Kerosene-type jet fuel (including Jet A and Jet A-1) has a carbon number distribution between about 8 and 16 carbon numbers (carbon atoms per molecule); wide-cut or naphtha-type jet fuel (including Jet B), between about 5 and 15 carbon numbers.
Aviation fuel or Jet Fuel is a specialized type of petroleum-based fuel used to power aircraft; it is generally of a higher quality than fuels used in less critical applications such as heating or road transport, and often contains additives to reduce the risk of icing or explosion due to high temperatures, amongst other properties
Contact Information
Related ProductsLNK-Promservis Limited Liability Company
Related Trade LeadsEnergy - Crude Oil